Established in 2002, the Broomfield Veterans Memorial Museum is the only museum in the state of Colorado dedicated to the veterans of all of America’s wars.

With the support of the City and County of Broomfield, the museum initially occupied one room of the original Mamie Doud Eisenhower Public Library. The building was initially dedicated on July 7, 1963 in ceremonies attended by former
President General Dwight D. Eisenhower in honor of his wife.

In 2009, the museum was expanded to the entire first floor of the building which allowed the construction of additional rooms for expanded permanent and rotating exhibits. It also includes the Gordon Bennett Memorial Library of military history books, texts and videos, including a viewing station and computer equipment for internet connected research.

In May 2013, the museam greatly expanded its exhibits on the wars in Afghanistan and Iraq. There is now a dedicated room with artifacts, uniforms and equipment, personal histories and multimedia displays from veterans of America’s most recent war.

Check out this next site for more real estate opportunities. 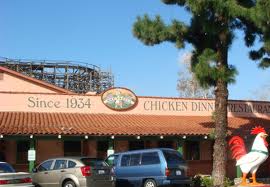